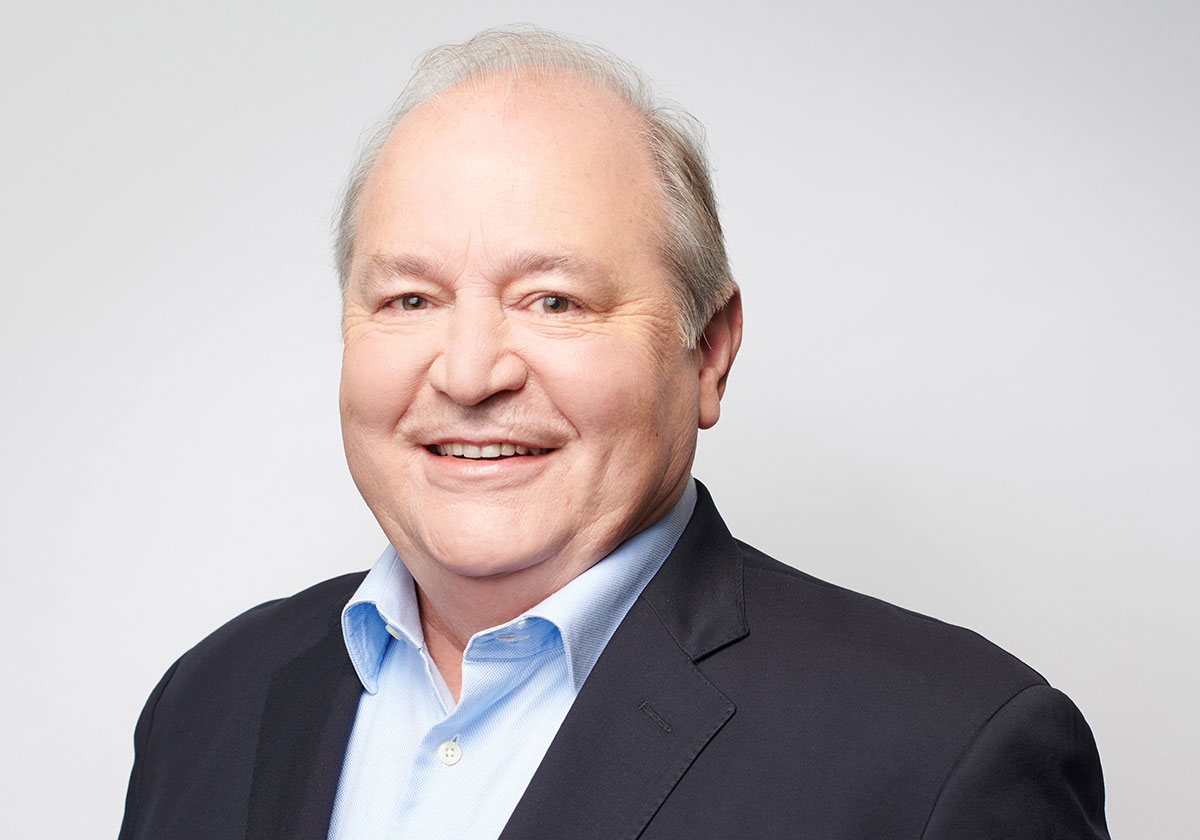 Over a full career, Charles has concentrated on intellectual property cases, trials, and issues. Recently, Charles has taken a lead in Patent Office inter partes review (IPR) practice. He has both challenged patents with IPR petitions and defended patent owners with IPR responses. See for example IPR2017-00861 and IPR2015-00409. He has also written extensively to share his perspectives on these experiences with those who might be less familiar with IPR practices. See for example the PTAB Highlights in the Library.

Other recent experiences of Charles have included the following:

Charles enjoys juries, avoiding juries, and resolutions that involve allowing others to act and events to occur in their own time.

In contrast, Charles is skilled in gaining fast relief for clients in difficult situations.

Where extended efforts are required, Charles provides them.

In addition, Charles has also developed capable counseling, negotiation, settlement and patent procurement strategy skills, see USPTO 13/116851, and prepared opinions and gained clients many valuable contracts concerning patents, trademarks, copyrights, trade secrets, and franchises. He is proud to have had a client grow from startup to $25M in sales in a short time on the strength of its inventions, patents he gained, and patent enforcement suits he successfully pursued. He is also proud to have brought an individual inventor patent license royalties in excess of $1M, for a single and simpler invention.

Charles speaks on patent litigation and related matters, and authors articles espousing critical thinking in handling intellectual property concerns. He has taught pretrial, trial and appellate advocacy at Northwestern University, Georgetown, John Marshall of Chicago, and Chicago Kent Colleges of Law, with Federal Circuit Court of Appeals Chief Judge Paul Michel, among others, and taught Law for Engineering Managers at Northwestern for many years.

He is currently President of the Intellectual Property Law Association of Chicago (IPLAC, www.iplac.org ), past President-Elect and Vice President IPLAC, and past Chair of the IPLAC Amicus Committee, representing IPLAC in many U.S. Supreme Court, Federal Circuit and Illinois Supreme Court cases on issues including patent-eligible subject matter, patent damages, jurisdiction, and inequitable conduct. See Supreme Court 11-1118, Federal Circuit 2011-1301, 2011-1363, 2012-1548, and Illinois 112910. He is past President of the Richard Linn American Inn of Court.

Banner Witcoff Ranked as One of the Best Performing, Most Active Law Firms in IPR

In IPR, a Picture is Worth a Thousand Words … or Worse than Worthless

Magic! Now You See the Patent, Now You Don’t!

In IPR, a Patent Owner gets SASsy — With a Bold New Interpretation that the Supreme Court SAS Case Makes for Bad in many IPRs

In IPR, It’s What, Why, and How That Makes Your Case

Is There a New "New Narrative" to be Told About Patents?

“You Took My Patent in IPR! Now You Owe Me!” … Don’t Take Out Your Wallet Just Yet

Charles W. Shifley writes article on whether the Wright Brothers' patent would survive today's patent laws for the Journal of the Patent and Trademark Office Society

In Inter Partes Review, Ride the Phillips Horse You Came In On

An Exhausted Analysis of “Non-Exhaustive”: “Funny Things Are Everywhere”

Patent Trial and Appeal Board Writes a Decision the Federal Circuit Doesn’t Like? Too Bad for You, You Lose

Warning! Warning! Danger Will Robinson! In IPR, React in Fear of Danger to Anything That is Arguably a “Warning”

In Inter Partes Review — Meet the Standards of the Few, or Risk Your Petition

Trial Lawyers Make Bad Jurors and I Can Prove It

Don't Like Your PTAB Decision in IPR? Ask the PTAB to Pack the Court

If Inter Partes Reviews Are Unconstitutional, Will There Be Zombie Patents? Yikes! It Could Happen

IP Alert: Inter Partes Reviews – Who Can Get the Big Job Done

Inter Partes Reviews – Who Can Get the Big Job Done

Are Inter Partes Reviews Unconstitutional? Time for Some History

At the PTAB, Don't Drive the Wrong Car

What's the "Stock" Way to Organize an IPR Petition?

Can’t Stop Arguing? IPRs are Right for You

At the PTAB in IPR, Is There a New Dawn, a New Day, on Secondary Considerations? Some, But Not All, Should be Feeling Good

In IPR, Is a “Prior Art” U.S. Patent Prior? Be Careful

We Got Sued for Patent Infringement, We Want a Stay Pending IPR! How Do We Get One? Answer: Get Crackin'!

Your Patent Portfolio and Inter Partes Review - Are You Watching Your USPTO Correspondence Addresses? You Should

In Inter Partes Review, Should I Defend My Patent with a Preliminary Response? Sure, Join the Club, Attack Everything About the Petition

Will Broadest Reasonable Interpretation in IPRs Get "Trumped?" It's Possible

You Lost the IPR You Started. You Get an Appeal, Right? No, Maybe Not

How Many Words Do You Have to Challenge Each Patent Claim in IPR?

Return to Sender: A Place the PTAB May No Longer Go

Late to File Your IPR, But the PTAB Says You're OK? Don't Worry, the Federal Circuit Can't Care

In Your IPR, Your Expert Declares...So That's Evidence By Itself, Right? No, Not So Much

The IPR Trial -- A Play in Three Acts

Finally, the PTAB Gets Told to Give Patent Owners in IPR Some Due Process

Which is Better - Patent Arbitration or Patent Post-Issuance Proceedings?

Which is Better - Patent Arbitration or Patent Post-Issuance Proceedings?

A Slip of the Pen May Cost You Your IPR

A Slip of the Pen May Cost You Your IPR

Goodbye Patent Arbitration? Cheaper and faster alternatives may spell the end for a popular solution

IP Alert: Computer-Implemented Inventions: Ideas That Are Fundamental Truths And Generically Implemented Are Not Patent Eligible

IP Alert: Supreme Court Justice Characterizes Alice v. CLS Bank As Being On The Idea Of "Solvency," Or "Computer, Stop;" While All Justices Search Among King Tut, Scylla, Charybdis And Archimedes For Inspiration

Supreme Court Justice Characterizes Alice v. CLS Bank as Being on the Idea of "Solvency," or "Comput

Therasense - Does It Make Sense? Has the Federal Circuit Finally Fixed Inequitable Conduct Law? And

Patent Law Update: The US PTO Proposes to Adopt Therasense Materiality Standard for Practice in the US PTO

Charles W. Shifley comments on the Federal Circuit decision in Therasense v. Becton, Dickinson in the Bloomberg/BusinessWeek and in IP Law360

Do You Get to See the Highly Confidential Information in Litigation?

Yes, We Can Resolve Patent Cases for Less

Where in the World is My Patent Examiner?

Who Died? The Workhorse: The Patent Expert

Who Died? the Workhorse: The Patent Expert

A Little Infringement is All That Counts

Markman: Hearings Required, or Not?

So You Think You Had the Invention in Prior Use...

Successful Appellate Advocacy Before the CAFC

The Duty of Disclosure and the Exception of "Cumulative" Prior Art

Festo in the Supreme Court: It Will Never Be Simple

Flawed of Flawless: Twenty Years of the Federal Circuit Courl of Appeals

Banner & Witcoff helps Delphi gain an affirmance of summary judgment of patent invalidity in U.S. Court of Appeals for the Federal Circuit.

The Basics of U.S. Patent Litigation